Travel insights from Taylor Coulson, contributing editor of The Compass

Swimming in a cenote was crossed off the itinerary yesterday. Gallivanting around Puerto Vallarta is the plan for your next trip. So, what now? Mexico offers endless opportunities for the ultimate experience – salsa dancing on the beach, Spanish lessons while splashing by the pool, dining alfresco or sipping palomas day and night, but so much more when you’re craving the rich, authentic culture and history it beholds. If you’re seeking what makes Mexico a world of its own, visit these five historical landmarks just waiting to be discovered on your next vacation of a lifetime. 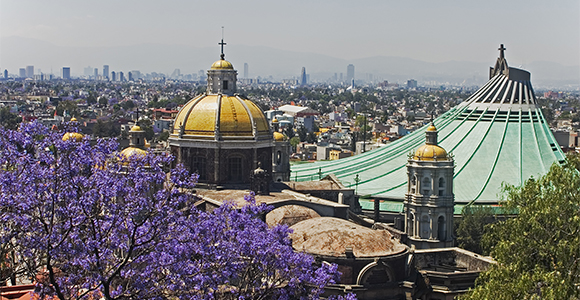 Basilica de Santa Maria de Guadalupe is the most revered religious icon in Mexico, but visitors are drawn to this central place of worship whether they’re religious or not. Admire the architectural beauty of this shrine dipped in gold and held high on a blue mantle, located on Tepeyac Hill, in the northern city limits of Mexico City. Legend says this sacred spot is where roses bloomed at the feet of an Indian peasant who first witnessed the Virgin of Guadalupe in the 16th century. Celebrate the symbol of Mexican identity and faith on the Day of the Virgin of Guadalupe occurring every year from December 9-12. 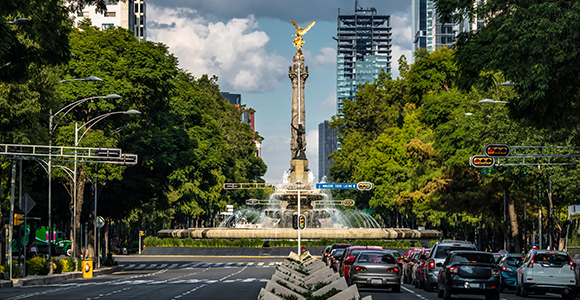 The Eiffel Tower of Mexico

If you’re not sure where the Eiffel Tower is located, you might be living under a rock (The answer is Paris, by the way.) Think of Mexico City’s Angel of Independence, located on Reforma Avenue, as holding just as much prominence as the Eiffel Tower. As a symbol of Mexican freedom, this gold and glistening statue pays tribute to heroes of Mexico’s independence from Spain, but it’s also the primary place where massive parades and protests occur. Climb the inner staircase to the top and appreciate the panoramic views Mexico City has to offer.

Meaning “hill of the grasshoppers” in Nahuatl, the indigenous language of the Aztecs, Chapultepec Hill has been a well-known landmark for more than 500 years and is frequently compared to New York’s Central Park. It’s home to a zoo, a beautiful botanical garden, recreational lake and Chapultepec Castle which overlooks Mexico City atop the hill and previously served as the official residence of Mexican government officials. The Chapultepec Castle transformed into Mexico’s National History Museum where today you can visit murals by Mexican artists along with neo-classical architecture. Horse-drawn carriages can take you galloping through mystic gardens and courtyards onsite. 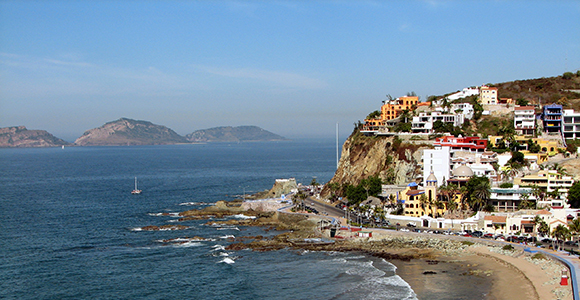 Mazatlán: The Pearl of the Pacific

Mazatlán is a colonial city famous for its 12 miles of spectacular sun-drenched beaches that lead to the hypnotic ebb and flow of shimmering tides, hence why it’s known as the pearl of the Pacific. In Nahuatl, it’s translated to “land of the deer.” Home to the largest port in between the United States and the Panama Canal, Mazatlán will meet your every desire. Located at the top of Creston Hill is El Faro, the second-highest lighthouse built on a natural setting in the world. Here you can get a panoramic view of three islands facing Mazatlán’s coast. Take part in the International Carnaval, a multi-dimensional annual tradition, always the week before lent. 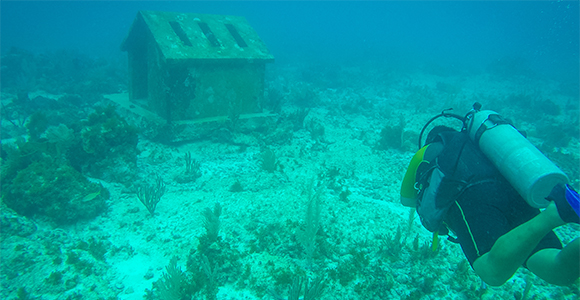 Scuba diving is high on everyone’s Mexico to-do list. If you’re looking to snorkel in the world’s second largest coral reef or float on a glass-bottom-boat with ocean views that are undreamed-of, the Cancun Underwater Museum of art or El Museo subaquático de Arte (MUSA) should be next on your itinerary. MUSA is found in the waters between Cancun, Isla Mujeres and Punta Nizuc. Dive into nearly 30 feet of water where over 500 permanent life-size monumental sculptures are sunk to the ocean floor. The sculptures are built from materials that actually promote coral life, built with the intention of combatting the damage to the area’s natural coral reefs caused by humans. Submerge yourself in this underwater realm and experience life through the eyes of a mermaid or experience it from above in a glass-bottom boat.

Want to enjoy a taste of Kentucky’s burgeoning bourbon tourism scene? Of course you do! Not All Whiskey is Bourbon Kentucky is often referred to as the Napa Valley of bourbon. By federal law, bourbon is required to be made in the United States. Some might consider bourbon to be another term for whis

Nestled between the Pacific Ocean and the Western Sierra Madre Mountains, Puerto Vallarta-Riviera Nayarit on Mexico’s Pacific Coast is a stunning treasure. There’s no bad time of year to visit – here are six reasons why. 1. A perfect tropical climate With an annual average temperature of 77° F, Puer

Qualifying your clients and ensuring they’ll be welcomed and comfortable in the destination they choose is incredibly important, especially for families with LGBTQ family members. Puerto Vallarta tops agents’ lists, and here are four more great, inclusive destinations for LGBTQ family travelers. 1.

Entrepreneurship – Five Truths of Being Your Own Boss

Working for yourself can be one of the most liberating, freeing and amazing experiences in a professional’s life and while it can be all of these things, it can also be one of frustrating, challenging and overwhelming. How do you manage the business when you do it all? How do you find the time to fo