Love is the ultimate universal language and we want to help couples take theirs worldwide. From around the globe, here are Travel Impressions’ picks for destinations as warm and accepting as they are beautiful. 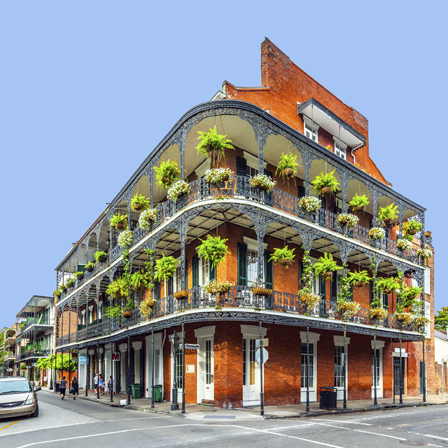 Why we like it: Rainbow flags fly year-ruond down lower Bourbon, but the seasonal festivals “let the good times roll.”

An eccentric little city known for its fun–loving, party–centric character, those traits are never more apparent than during its many LGBT festivals. Its residents celebrate alongside their strong pride community, especially for Halloween, when proceeds from the biggest bashes go toward charity, and the Saints & Sinners Literary Festival in May, which highlights LGBT writers from around the world. Family–friendly New Orleans Pride headlines in June as among the fastest–growing for gay travel, and the Gay Easter Parade is great for families, especially when paired with the city's other holiday festivities. Finally, the famous Southern Decadence ends Labor Day weekend with parades attended by over 160,000 participants. For those visiting during a rare "off" time, visit Café Lafitte in Exile, tied with WhiteHorse Bar in Oakland for "oldest gay bar in America," and drink in the history.

Why we like it: On the “Romantic Island,” love and acceptance of all goes back to pre-colonial times.

Bora Bora is a home run for any couple. Tahiti and Her Islands have long been known for their warmth and friendliness; their people embrace the opportunity to share their heritage with any visitors to their corner of paradise. In fact, part of their culture is the open–mindedness they've shown since before colonization. A common theory as to the rise of what is now referred to as the rae rae population is that a family that did not have any girls would choose to raise one of their boys as a female. Less common now, they remain respected as members of the service industry and their community, even highlighted in a past episode of Anthony Bourdain's No Reservations. 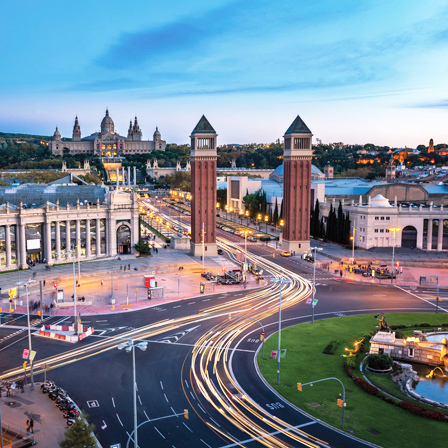 Why we like it: A hot location for hot nightlife; exceptional for adventurers looking for memorable nights out.

Whatever your inclinations, all travelers universally agree: when it comes to Barcelona, its nightlife is legendary, its energy, electric. This is never truer than in a neighborhood cheekily called "Gayxample," a central area of the lovely, tree–lined district of Eixample, near the luxury shopping of Avinguda Diagonal. The LGBT population that has quickly risen in this fun–loving, youthful city has made an enclave there of shops, bars, discos, and restaurants that have become hot spots for residents and tourists from around the world. A pocket of exciting divertissements, it's in addition, of course, to the Ciutat Vella, where you'll find the Gothic Quarter—that labyrinth of cobblestoned alleys where old, beautiful architecture transport you to a Mediterranean past. Throughout the city, lifestyle parties, events, and art exhibits celebrate the culture of pride, while the sandy beaches, gay saunas, and LGBT luxury hotels give the community its more material pleasures. 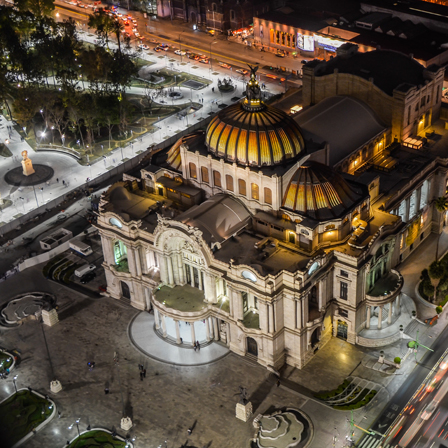 Why we like it: A leader in LGBTQ+ rights in Mexico for ages, visitors can BGay BProud at the café of that name with locals.

Recognizing and joyfully performing same–sex marriages without restriction since 2009 and civil unions since 2007, this capital city of 20 million people hosts not only a sizeable LGBT community, but also one of the biggest pride parades in the Americas. Taking place in late June of each year, it starts from the Angel of Independence victory column on the gay strip, Zona Rosa—a formerly residential district for wealthy foreigners—and ends at the city's iconic Zocalo. Despite the large gay population here, the community is relatively more discreet than some of its other, global counterparts. However, that's not to say there isn't anything to do the rest of the year—nothing could be further from the truth. Within Zona Rosa is a long list of stores to shop at, bars to drink in, clubs to dance in, restaurants to dine in, and plenty of entertainment that transcends all proclivities. And if travelers want to take it down a notch, there's always Condesa's relaxed vibe and Roma's artsy ambiance.

Why we like it: You don’t have to look hard to find a modern-day Adonis… or Achilles or Sappho in this ancient city.

It makes sense that the phrase "Greek gods" come to life in this city of beautiful people, where gay male venues are predominant, from cafés to bars and nightclubs—even designated beaches! Outview and Athens Pride invite tourists to the party, but to experience this scene like a local, make sure to visit Gazi, the gay district of Athens. Near Keramikos station, you'll find popular clubs and saunas not far from Technopolis and its festivals, concerts, and art exhibitions. St. Irene Square, near the Monastiraki station and Aiolou pedestrian street, is home to the famous Rooster Café, among other hot spots. 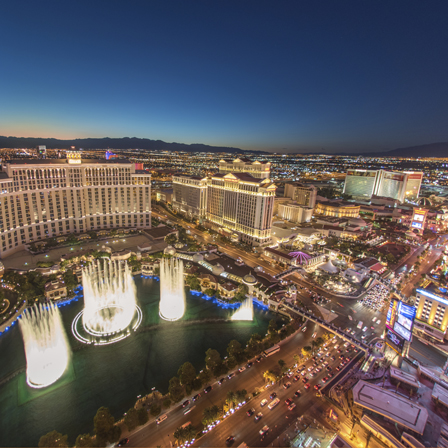 Why we like it: Posh nightclubs, swanky hotels, lavish pool parties, iconic musicians and world-class food for all.

In a city where Elvis can marry anyone on a whim, it's not surprising that love in all forms is celebrated. The whimsically and affectionately nicknamed "Fruit Loop" district is home to some of the most fun, irreverent entertainment in Vegas, while plenty of clubs spread across the Strip provide sophisticated settings for social butterflies. Luxor Hotel & Casino has a weekly LGBT pool party during the summer called Temptation Sundays, but they're not alone in this offering. The Cosmopolitan hosts great parties of their own, and there are always bars for every color of the rainbow, from sports to country, dive bars, and neighborhood favorites. Need more options? The Pride Concierge program is available at the Wynn Las Vegas and Encore to help you find just the experience you're looking for.

Why we like it: Hawaii proves itself to be everyone’s paradise with spectacular landscapes and a tradition of tolerance.

It's hard to be unhappy in a location as beautiful as this, and Polynesian history proves it. LGBT relationships have long been an accepted tradition since the pre–colonial era, embraced by nobility and common folk alike. Naturally, same–sex marriage in Hawaii has been legal since 2013—years before it became a federal law. With those precedents in mind, it's no wonder Hawaii has been a haven for members of the LGBT world, as a peaceful, relaxing escape to paradise…and that a wealth of businesses have sprung up during a long history of tourism to specifically cater to them. Plenty of bars in Kona invite guests to toast gay pride, and several gorgeous beaches are made even more so by being fully inclusive and nude–friendly. Nature preserves, historical sites, charming fishing villages, and breathtaking vistas and astronomical observatories give gays even more reasons to rejoice on the Big Island. 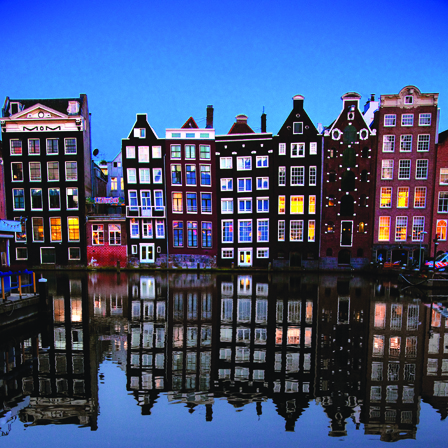 Why we like it: Take to the canals of Holland’s capital for the most unique pride parade in the world.

One of the first cities in the world to embrace the gay scene, this small city is filled with LGBT bars, pubs, and cafés. The highest concentration is in the city center, on Reguliersdwarsstraat, but keep walking to the Amstel area, Halvemaansteeg, Kerkstraat, and a pocket of popular bars behind Dam Square. Information on monthly dance parties and cute souvenirs can be found at Pink Point at Homomonument, an information kiosk at the Westermarkt. Begun as an ice cream cart during the Gay Games of 1998, their most in–demand commodity is now the flyers and brochures provided by Amsterdam's many LGBT organizations and businesses. To celebrate pride in a way you can't find anywhere else, be sure to visit during Pride Week. A canal parade with exactly 80 boats lets the whole city in on a rousing spectacle and beautiful display of tolerance and love. 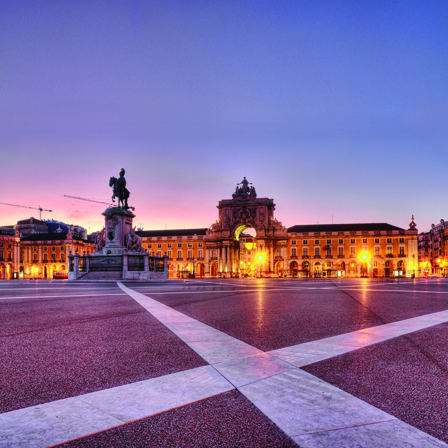 Why we like it: A longtime champion of gender equality, raise a glass to pride in its most exciting bars.

The capital of Portugal, the oldest city in Western Europe and home to two UNESCO World Heritage Sites, Lisbon is also wonderfully gay–friendly…which comes as no surprise in one of the very few countries in the world that specifically states within its constitution that it is illegal to discriminate based on sexual orientation. Gay marriage has been legal since 2010, but the country has been active in the fight for same–sex couple equality for over 30 years. Because of this, it's often hard to distinguish if venues are all–gay, mostly–gay, or just gay–friendly, since many establishments pride themselves on making everyone equally welcome. However, for vacationers looking for the hottest LGBT scene, the Bairro Alto district—where you'll find late–night shops, restaurants, bars, and the Trombeta Bath—and the Principe Real area, where bars and gay cruise clubs are clustered, is where you'll find it. 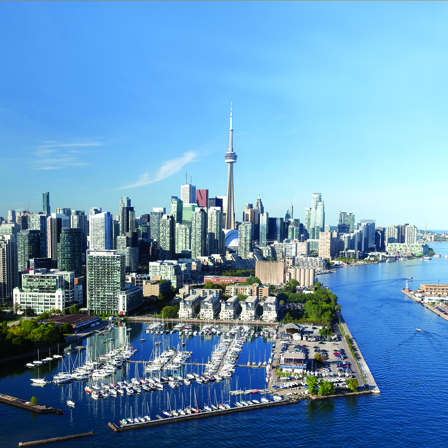 Why we like it: This country’s friendliness combined with that of the LGBTQ+ community is anything but Canada-cold.

Visitors of all types find an effusive welcome in Canada's largest gay community. The Gay Village, centered within Toronto's downtown core at the intersection of Church and Wellesley Streets, boasts everything from cafés, restaurants, and bars to gay–oriented shops and nightlife. There isn't much that is more fun than during Halloween in The Village, a weeklong celebration here, and every June, the ten–day Pride Week celebration draws millions from around the world with concerts, galas, cultural events, and a humongous parade that fills Yonge Street with rainbow hues and happiness. In August, the Church Street Fetish Fair brings a taste of the risqué to the city. Also not to be missed is the Queer West Village, the edgier, funkier counterpart to the more mainstream Gay Village; the clothing optional beach on Toronto Island called Hanlan's Point; and visits to the locations made recognizable by Showtime's Queer as Folk.

Who They Are Founded in 1974, Travel Impressions is one of the nation’s largest leisure tour operators, offering packaged and FIT vacations to over 200 destinations around the world. Travel Impressions is part of Apple Leisure Group and has received a number of notable awards and recognition for out

Travel Impressions’ Ideal Client: What You Need to Know

Travel Impressions began as a family operation that specialized in sun and sand vacations in 1974. They were one of the tour operators to develop an easy system for travel agents to book vacation packages for their clients and continue to be a leading name in the industry today. In addition to their

Hot on the heels of the #RIUpdates #WeekendLearning Series, which runs through the end of July, travel agents who remain engaged with Travel Impressions’ informative Semester of Social will receive insider selling tips for the all-new, all-inclusive Hard Rock Hotel Los Cabos with the company’s next

Checking In: 1 Month into Travel Impressions’ Launch on VAX

Travel agents have had exclusive access to improved booking engine functionality for Travel Impressions on VAX for the past month. This is beyond exciting and has been in the works ever since the merger between Apple Leisure Group (ALG) and The Mark Travel Corporation (TMTC) into OneALG, the new par